The Next Time You Judge 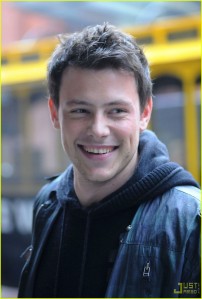 Had…until the disease won, and he was taken from us.

We all do it…we judge. I’m guilty of it too at times and I have the disease. It’s a sad and misinformed prejudice in our society that consistently treats people with this disease as social lepers, outcasts, prisoners. We have created an entire prison-industrial complex to profit from the pain of their disease.

Now this. Cory Monteith was a bright young actor with a genetically altered brain that made it harder for him than others to say no to the substances that both brought him relief, and cut him down. An allergy of the mind and body that creates cravings that only the alcoholic/addict can understand. Bill Wilson understood it and addressed it masterfully in 1935.

1935. And we have done little since then to, as a society, call this what it is. A disease. It’s recognized as such in both the legal and medical communities but it’s given short shrift in the political arena.  It’s easier to accept money from the prison builder than it is to spend money for social services and critical health care to address this disease.

I’m sick of it. Not my own disease but the malaise of my fellow countrymen that turn the other cheek when it comes to getting real. Seeing it for what it is and treating it as such. Sick people who need help.

About Conversations With The Moon

Writer. BA English from UC Berkeley. Grad School wannabe. Formerly a Fire Captain and Paramedic. Liberal. Believer in Karma. END_OF_DOCUMENT_TOKEN_TO_BE_REPLACED
This entry was posted on Saturday, July 13th, 2013 at 23:16 and tagged with Addiction, Alcoholism, Cory Monteith, Disease, Health Care, medicine, Politics, Social Services and posted in Blog, Culture, Disability, Politics, Social Services, WordPress. You can follow any responses to this entry through the RSS 2.0 feed.
« If You’re Looking for Justice…
By the Skin of My Teeth »

3 responses to “The Next Time You Judge”