Bathed in Shades of Gray 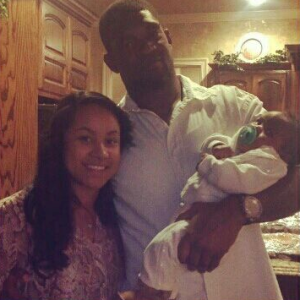 That Jovan Belcher of the Kansas City Chiefs murdered 22-year-old Kasandra M. Perkins is not in dispute.  By extension, that makes him a murderer.  Yet this murderer was memorialized by some this Sunday as the Chiefs played their regularly scheduled game against the Carolina Panthers.  Wisely, the Chiefs held a moment of silence for “victims of domestic violence”.  This man murdered his girlfriend and orphaned their infant child…he then forever traumatized his coach and other members of the team by shooting himself in the head…in front of those folks.

Here’s the thing.  A lot of his friends and family are in an unfathomable amount of pain tonight for an individual that has been otherwise been described as a fine young man.  This incident defines tragedy.

That he’s a murderer makes it very difficult to mourn his death.  At what point does the ‘degree’ of murder render the perpetrator worthy of sympathy.  He’s a good guy but murders his girlfriend.  Is that somehow “better” than the murder committed in the commission of a crime or the serial killer?  Probably but the element of qualifying the murder is somehow nauseating at its core.

On Sunday Night Football on NBC, Bob Costas used the tragedy to pontificate on the merits of gun control.  Costas quoted a Jason Whitlock article that explicitly stated that if not for the handgun, Belcher and Perkins are alive.  This argument, while understandable in the wake of the sadness, is patently wrong.  Again, we are blaming an inanimate object for murder.  We are giving a tool the ability to take a life while completely absolving the user of the tool for any wrongdoing.  It’s an easy argument to make at times like this but so inherently wrong that is consistently threatens to forever ignore the root causes of violence, especially the domestic variety.

I’m not naive.  I realize the that presence of a handgun ups the ante in any violent or tense situation.  But then again so does the politically correct hunting rifle.  Or the ever available kitchen knife.  Or more commonly the automobile.  If we are to eliminate gun violence we must eliminate all guns.  And that simply will not happen until complete control of the nations arsenal can be guaranteed…and it won’t.

The shades of gray surrounding this murder illustrate the complexity of our modern world on many levels.  Sadly, at the end of the day, a young man and a young woman are dead…and their child will grow up without them.  This didn’t have to happen.