Happy Birthday to me.

Years of sobriety, that is. Yep, six years have passed without my ingestion of alcohol or drugs.

Although I rarely think about booze or drugs, and have absolutely no craving anymore, it’s kinda a big deal…

Well over a decade ago, a shrink I was seeing for depression suggested I go a year without drinking. His theory was that if I’m not an alcoholic, this shouldn’t be a problem (this is actually a pretty standard metric in the recovery field; and this guy knew damn well I was alcoholic, he was just trying to get ME to admit it).

I made it 13 days before I decided he was an idiot and I had no problem with alcohol. That I was a miserable wreck those thirteen days seemed to escape my grasp at the time…

I first drank at age 17 and it was immediately and magically the elixir I had been looking for my entire life…it changed everything for the better…until it didn’t.

I suffer from a disease that causes me to deny that I have a disease and I am eternally grateful that I eventually screwed my life up to the point that I had run out of solutions and was willing to surrender.

And that’s the key…surrender. My mom used to be puzzled about my drinking because, as she said “you have such strong willpower in all the other areas of your life”…

It’s like that for all of us drinkers. We MUST drink…it’s the norm, not the exception. And willpower is often a liability.

Anyway, Happy Birthday to me! I’m quite blown away that I’ve gone this long without the substance that literally ruled my life for so many years and equally stunned that I rarely think about it. Don’t get me wrong, I participate in standard treatment for this disease on a regular basis, but I rarely actually think about alcohol.

I’m pretty open about this part of my life with family, friends, and co-workers. Some disagree with this position but I firmly believe that, for me, if I hide it, it controls me and by putting myself out there, I’ve become a resource for others.

And that’s what keeps me sober.

So thank you to those individuals with whom I’ve had the honor of helping the last 6 years.

Here’s to another day!

In Those Last Minutes of Life…

(My son and his girlfriend before their prom last night. I didn’t include a picture of my daughter because she’s across the country at college and I don’t have any recent pictures)

In my former career, I’ve had the honor, sometimes sad, often poignant, of witnessing the last moments of countless human being in their last conscious moments on Earth.  Some struggled, others screamed in pain, but several were at peace.

I’ve often wondered what my last few moments will be like.  What will I think of?  Will my life flash before my eyes? Will I be glad that I made of lot of money and had cool houses and cars? Or will I think of my kids?

I already know the answer…not because I’ve experienced it (although I have had two near-death experiences in dreams so profound, that I’m certain they were celestially-inspired and will be exactly the “calm” I’ll feel) but because at my core, there is one primary need: that my kids are safe and healthy.

There have been three deaths within the last three weeks of men and women the same age as my kids.  One died after falling off a cliff at a party spot at UCSB; I don’t know whether drugs/alcohol was a factor. Another occurred early last week when a 19 y/o male, high on ecstascy, crashed his car head on into another car, killing his passenger, a recent alumni of my kids school. And finally, a day later, a young man my son’s age died as the result of an overdose.  Three dead, two as the direct result of drugs, third to be determined.

I’ve shared somewhat here about my recovery from alcoholism, but more importantly I’ve shared my experience with my kids…in detail.  I’ve included them in my journey, we have frank and open discussions about drugs and alcohol.

I have no idea what the future holds for either of my kids, but I know it is bright…one in college, one college-bound and stressing like crazy about getting into a good university, which I believe he will.

In those last few moments of my life, as the otherworldly peace that I experienced in my dreams envelops me, I believe I will enjoy the satisfaction of knowing that I had a profound and positive impact on the lives of my kids.  I certainly couldn’t provide them with the things I wanted to financially, but as of this moment..right now…I believe they are on the path to leading lives I could only have dreamed of.  And I am proud of the part I played in that…proud beyond measure.

I mention this not to toot my own horn, or break my arm patting myself on the back. I mention it because there are plenty of times where I feel sorry for myself that I’ve lost some things financially and am not currently able to provide for them financially like I used to…but during my “used to” times…I didn’t even know my kids, and can barely recall those times, as my brain was fogged and my soul was wrapped up in the disease of “me-ism”.

So yeah…well done me…not for making my kids into awesome individuals, but for having the instincts to get the hell out of the way, and provide them with a safe emotional path the last few years to become the superstars the are becoming. 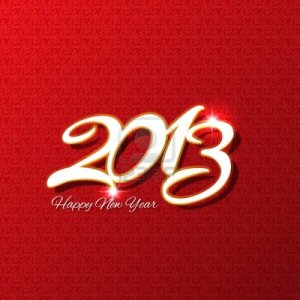 So another year has come and gone.  Here’s where I was a year ago and where I’m at today:

So, in retrospect…not a bad year.  I’m blessed beyond my wildest dreams despite my selfish desires and I pray for continued humility, tolerance, love and discipline in the coming year.  Hats off to 2012…2013, I hope to tackle you one day at a time.

The Anarchy of Faith…

I’m not a believer in Jesus or the Christian concept of God.  I don’t believe the bible is the word of God.

I believe in a higher power that I cannot entirely identify.  In a nutshell, the easiest way to understand my belief is the concept of Karma.  Do good things, think good things, and good things will happen.  I believe it’s a function of physics, string theory if you will, that maintains a harmony, a homeostasis within the physical universe.

OK, that’s about as ethereal as I will get on this blog.  Let’s get down to brass tacks.  My failed marriage and my efforts at compromise.  I moved out on Thanksgiving day 2004 and was legally divorced the next year.  I was too immature (at age 31) to choose a mate and I was at a point in my life that I really had no business committing myself to anyone.  I was a sick puppy, emotionally and mentally.  I had/have an allergy to alcohol (and drugs) that cause me to break out in handcuffs.

On the day the Mayan’s predicted the world will end, God (well, you know, my concept at least) willing I will celebrate 5 years of sobriety. That’s a good thing.  What continues to be a challenge is dealing with the wreckage of my marriage.  Without getting into specifics, I am constantly challenged by my expectations with regard to my ex-wife.

I am not in the same financial position she is (long story involving our late son and an inheritance) and therefore am unable to provide the material possessions to our shared children (18 y/o girl, 16 y/o boy) that she is.  In addition to creating a modicum of guilt, it creates an inequity that consciously or not has apparently allowed her to essentially provide for our kids a “home” that I cannot.  I get it too, she provides the money for college, the cars, the clothes…pretty much anything they need financially and dad provides health insurance…and whatever I can spare from my meager earnings.

Before you break out the violins, I’ll cut to the chase.  I can’t compete on the material level, and while I’ve done everything within my power to provide an example for my kids on how to be solid, quality young adults, at the end of the day, they will generally choose the material over the spiritual.  Here’s the deal…I truly harbor no resentments at them, I’d likely do the same.  But what I do hope is that someday in a moment of introspection, they will appreciate the fact that I have been there for them…I’ve been solid where oftentimes the other half wasn’t.  It would make it all worthwhile if someday they expressed to me, not so much appreciation, but just simple recognition that where I couldn’t provide the bling, I provided the emotional security that they needed.

I’m no saint…and any recovering alcoholic will testify to the fact that removing our security blanket can cause moments of madness…I’ve experienced that and my kids have suffered as a result.  But at the end of the day I’ve done the right thing…I’ve fought the good fight.

I’m starting to feel like this narrative is coming across as whiny.  I don’t mean it too.  I want to speak to the other parents of divorced kids who quietly fight the good fight against the odds and yearn for the illusive recognition that may never explicitly come.  The recognition that we ultimately must have the faith that our efforts will manifest itself in the lives of our offspring.  And the hope that we can survive the loneliness and fear that oftentimes accompany doing the right thing.  I have to believe in Karma…and that we will be rewarded.